Nowadays, social media have already increasingly become an essential aspect in the world today. Internet makes the world, virtually a small place. A whole online society! Thus, it is important for a viral campaign before it appears in the online society to determine when, how and where to do it, by analyzing and understanding people’s position in the social media realm.

In spite of that, it is important to determine what people mostly do online and why they use internet for. First of all, what they usually do online is exploration by using search engines to find information about any subject they are interested in. Many others also use internet for entertainment, as they need to relax and escape from their daily routine, by surfing in online games and websites with fun content. On the other side, online shopping is a big step in the e-commerce marketing. More and more people change their buying attitude and consume their goods from e-shops, as it is easier and faster.

Also, a new way of communication today is socializing online through social networks, where people spend more time engaging one another online than ever before. Another reason that people use internet is business, as they use the Internet primarily for business purposes, taking a serious interest in what it can do for their professional life.

WHAT THEY PREFER TO SEE?

WHAT MOTIVATES THEM TO PASS ALONG THE MESSAGE?

In addition, It is estimated that people trust other people’s opinion more than a strong advertising message. So, using influencers is an effective way for a successful viral strategy. Influencers usually do all the work for the advertisement to go viral and the most important of all, they do it for free. It is also commonly known that people are emotional and intuitive beings that tend to base their choices on trust. But who do they trust? Even so, a recent global Nielsen survey shows that, 78% of people trust, either completely or take into account, the recommendation of other consumers above all else. Human opinions are naturally more valued than advertisements. On the other hand, search engine advertising (34%), online banners (26%) and text ads on mobile phones (18%) are the less trusted media. In general, that means that people trust people.

Furthermore, it seems that creating a high level emotional reaction builds a strong relationship between people and the advertising, when a low level one has no effect at all. But before that, advertising has to be well advised to focus on the emotional sociology and the human motivator, in order to go viral and grow exponentially. Emotions create interaction and set up a “virtual dialogue” between the viewer and the advertisement.

By nature, viral advertising creates contents that surprise, titillate and entertain the online target audience. Practising on my theme, I found it really important to create an advertisement with high arousal and positive emotions outcome, through viral methods. After all, the theory says that a negative propaganda is passed on to more people than the positive impression. People spread negative experiences to 17 people and positive experiences to 11 ones. If people like what an advertising message expresses, they will surely tell their friends about it. Analyzing that, happy users are the best advertisers to spread the message all over the online community. That is because emotions direct attention; the stronger the emotional advertising, the more memorable the message will be.

Moreover, a viral campaign must mesmerize people by a range of expressions the advertising message displays, producing psychological effects on them. In other words, viral advertising produces feelings and its human nature for people to share those feelings. Going deeper on people’s online behavior, we hope that by sharing an emotive message to others, they will feel the same way that we did when we first saw it. Furthermore, it may be easy to grab people’s attention by offering money or sex but for how long? But on the other side, it is estimated that the time you have to persuade a person understand that you are different is 2,6 seconds. Even so, viral advertising needs to be both different and provocative so as to gain people’s attention. After all, uniqueness always catches the eye!

It also has to be something really amusing or funny or even an unexpected surprise. If the advertising message is fresh, innovative and creative, people have a reason to share it, either because they want to “change” it and make it personal, either because they fell that they discovered it first and wants to pass it on others. It is also estimated that repetition helps the advertising message get in people’s mind. This is what people’s do with viral messages; they like to repeat the same concept with different executions!

As I have already referred above brand awareness is one of the main purposes viral advertising wants to achieve. Unfortunately there is a hidden trap, when the advertising message manages to get people’s attention. The message by itself may not be connected with the brand. So what is really important is to be careful in balancing the message that will raise the interest within the profile the brand wants to make up. So the first and main target is to create any kind of emotion like a windfall and not forget that the product or service play the protagonist role in the advertising.

Recently, I keep hearing about simplicity. Not because it is easy for everyone to understand and participate. The reason everybody is talking about it, is because everyone is fed up with the millions of branded messages that are exposed to their daily life. Even more, minimal advertising is more likely to be widespread. So, it is important for an advertising message to be very simple, concise and clear, so as to become effective. Less is more!

We are all in the information and interaction age. We share more content from more sources with more people more often and more quickly. 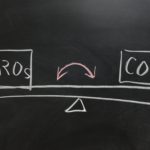