In our daily life, million of advertisements pass consciously and unconsciously through our minds. People are exposed to hundreds of branded messages each day, so they get incredibly bored to observe them. Even more, their brains act as filters to protect them from too much information. Mass production of services and products is rapidly increased in exceptional levels, although people’s ability to remember the stimuli remains stable. As a result, consumers pay less attention to advertising. But the main reason of this unconscious attitude is competition for attention. Nowadays, an advertising message does not only compete between another 3000 marketing and advertising messages, but also against the smell of our favourite food coming from the kitchen, the unexpected message from our wanted-lover, the broken vacuum cleaner, the electricity bill, our daydreaming and of course everything that could attract the attention of the target audience. Viral advertising is a potentially effective way to bypass people’s apathy, since it graps their attention by its strong emotional messages.

Every advertisement has a story to tell. The importance is how this story will get to people’s mind. It is estimated that an effective advertising is like virus, when it affects from one to another. Viral advertising is all about a good story that people will spread like wildfire through their online communities. It means that the content is so interesting that people are induced to share it.

Viral advertising is created by marketing strategies. It aims to exploit people’s natural interaction and make them spread the message voluntarily like wildfire – in order to build brand awareness, through the online community. Basically, it is word of mouth delivered and enhanced online.

Viral advertising, can propel any entire business, product or service to fame and give it long lasting power. Most importantly it is of low cost, or in some cases for free. ‘FREE’ is the most powerful word in the marketing world of our times, when advertising expenditure is being cut. A successful viral advertisement can ultimately lead prospects and buyers to Companies which this ultimately translates into more sales. It is fundamental to any company’s future success – creating exponential growth and rapid increase visibility. 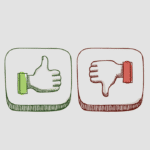