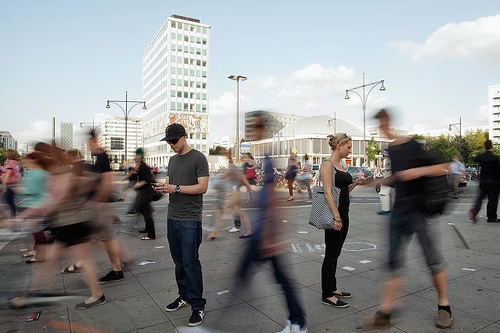 The key in Viral Advertising

Analyzing and understanding people’s position in the social media realm.

Despite the fact that people hate hearing about advertising – even the word “advertising” sounds negative to them – Viral Advertising is a different story.

A viral method considers the individual to the level of endowing brand values to their social behaviour online. The individual as a carrier and the medium of a viral advertisement has the power to develop trends, behaviours, likes etc. As a result, attention is increased and brand awareness is raised. Businesses also define the term ‘viral advertising’ as C2C communication, i.e. consumer to consumer communication. So, it is really important for advertising to focus on people – because the online community is comprised by people with real interests. Even so, they have the power to voluntarily send or convey the message rapidly all over the world. So, analysing and ultimately understanding the target audience and its online behaviour, a widespread viral campaign would be guaranteed.

By ‘human motivator’ I mean how we scientifically attempt to understand people’s behaviour as human beings. So, in order to achieve that, a whole research on strategies, lectures and theories around people’s online behaviour are explored on the following chapter.

Analyzing the online user’s behavior there appears to be a host of conscious and unconscious reasons underlying the way people react to every viral advertisement. Some reasons are rational and some emotional. ‘How brands grow’ defines these reasons as ‘emotional/rational dichotomy’. Rational thinking comes from advertisements that present only stark factual information. On the other hand, he explains, the most important for the target audience is these information to create an emotional response. Thereby, it will gain attention and increase brand awareness. There are, however, deeper feelings, emotions, moods, thoughts, beliefs and attitudes locked up inside the dark depths of our consciousness. “The mind is like an iceberg, the tip represents the conscious part of the mind while the greater part is unconscious” as Freud argues. So, viral advertising has to be related with emotional thinking by going deeper and understanding of the fundamental psychological principles behind every strategy. That’s because the most effective viral campaigns are ones which provoke emotions – like humour or controversy that stimulate viewers to pass the message on.

In addition, social psychology describes that, people from old ages, used to share strong emotions as a means of fostering connection and solidarity. Nowadays, the internet reflects this ancient social instinct by making it easier and faster for people to keep transmitting messages. In spite of that, sometimes it doesn’t matter for a viral campaign to create the strongest content. Because people will spread it anyway, as they have a deep need to share their emotions. A viral message may be an efficient way for people to tell someone else that for a few moments at least, they’d like or felt the same thing. Sharing is about building relationships and creating emotions. In fact, he says, sharing stories, feelings, news, and information has become a fundamental part of human life and their daily routine for thousands of years.

People are all familiar with the term ‘sharing’. It’s nothing more than an old culture! Furthermore, viral advertising takes advantage of the speed at which information move today and the power of people passing on their recommendations, opinions and impressions. When people want to express their emotions online it is not easy for them to describe it directly with words. Instead, they share their impression through images, videos and articles that represent their feelings. For example, it is easier for a person to share their emotions through some already existed words of another ‘famous person’ as a proxy.

On the other hand, there are some powerful and effective tips that help a viral advertising be effective. Advertising messages with positive emotion are those messages which mostly spread viral. However, negative emotions like sadness, decrease the transmission. High arousal and emotions such as anger, anxiety, fear, or humor drive people to share information. Low arousal and emotions such as sadness or contentment are much less likely to be shared. Going deeper, negative emotions are more likely to be shared to family or closest friends. That means that an advertising message with negative outcomes is forwarded in fewer people. Advertising goes viral when it arouses the viewers by expressing emotions that excite the body, inducing a spectrum of psychological changes. So, analyzing people’s reaction deeper, there are some physical changes that occur when they briefly enter into a state of ‘high arousal’. After a strong emotional content, the heart rate increases and the body prepares for action. Such states of arousal make people far more likely to pass on information. Even more, being provocative by using a strong visual metaphor, the advertising message will stick in people’s minds and it becomes memorable; as high arousal emotions like surprise will be suddenly awakened. Also, ‘keeping it simple’ encourages viewers observe the message for more time, creating unconsciously the memory of the brand in their mind. Since people pay half of time to online advertising and unconsciously avoid clutter messages, as they multi-task through their daily routine. So, whatever is simple for them to understand, they will give some time to take a glance at it.

We all want to be stars, celebrities but for many of us is very hard to do so. But now any of us and any of the creative things that we do can become completely famous on the internet community. Complete unexpectiveness & uniqueness are characteristics of the new kind of culture. Influencers, or in other words tastemakers, introduce people to new interesting things and bring them to a larger audience, accelerating the process. “There are people who share or doing something new with these silly videos by inside joke, like parodies. “They become a part of the phenomenon!”

People always tend to follow the maze and they all want to be part of something other people are dealing with. It’s all about participation that makes us forget for a while our lonely daily routine.

The future in advertising is not only about writing better slogans or using cool photography or video content. It is about engaging people with the advertising message and creating interaction with them – in order to explore it. So, what viral advertising must do now is to search new methods to raise people’s interest for as much time as possible, clarifying why people emotion is important to be analyzed.

In addition, emotive advertising does not want to share facts – It wants to share feelings. As it does not play emphasis only on product features but guarantees the audience engagement through the provocation of feelings. But, formulating people’s position is more complex than it appears. Drives and motives change, markets change, technology changes, people change… The results are not static.

The key for viral advertising is to arouse people’s interest and stimulate the desire to pass the message on. The appeal of viral campaigns is driven by peer-to-peer communication, in which receivers of the message are active participants who often volunteer to spread it further. 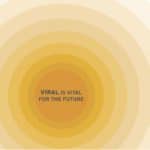